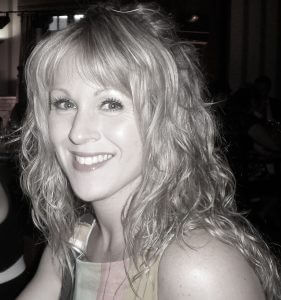 Zoe is a Critical Care product manager for EMEA. She is based in the United Kingdom.

From May 7-9, I attended the 18th annual congress for the European Society for Trauma and Emergency Surgery (ECTES) in Bucharest, Romania.

Resuscitative endovascular balloon occlusion of the aorta (REBOA) was a prominent topic that was discussed over the three days of lectures, along with medical thoracoscopy and thoracotomy, by multiple physicians from Japan, the United States, the Netherlands, and Sweden, notably.

From the presentation by Dr. Juan Asensio[1]

On Sunday, May 7, Juan Asensio, MD, FACS, FCCM, FRCS, from the Creighton University Medical Center in Omaha, Nebraska, discussed the role of REBOA with emergency thoracotomy and came to many of the same conclusions that have already been widely established in the medical field: it is an old technique, however, it has been receiving more attention than normal due to an increasing number of newly designed products that are specific to REBOA. He discussed how REBOA is being used as a technique for the management of blunt and penetrating trauma injuries for hemorrhagic shock, a condition in which a person loses more than 20% of their blood supply.

Dr. Asensio highlighted a variety of catheters that are available in the U.S., including Cook Medical’s Coda® Balloon Catheter, which is intended for temporary occlusion of large vessels or to expand vascular prostheses.

From the presentation by Prof. Andrew Peitzman[2]

On Monday, May 8, Professor Andrew Peitzman, MD, a distinguished professor of surgery at the University of Pittsburgh, discussed the management of retroperitoneal bleeding and established that “REBOA is one option in a massive abdominal injury.” He asked for a show of hands as to who would use the REBOA versus who would send the patient to the operating room for a laparotomy. The responses were split evenly.

Prof. Peitzman also discussed the use of another balloon placement technique in the occlusion of the IVC post-gunshot wound. Typical management of this type of injury would involve a lateral venorrhaphy, suturing of the lateral aspect of a vein, or ligation, the surgical process of tying up a blood vessel. According to Prof. Peitzman, the prehospital mortality rate is 30%, however, the in-hospital mortality rate can still be as high as 50%.

From the presentation by Dr. Yosuke Matsumura[3]

Yosuke Matsumura, MD, PhD, from the University of Maryland Medical Center based in Baltimore, together with his colleagues from Japan, talked about partial occlusion and conversion from resuscitative thoracotomy (RT) being significant options in REBOA trauma strategy.

“Resuscitative thoracotomy and REBOA conversion from RT decrease the loss of body heat, and closing the chest prevents oozing from the chest wall,” he said.

Looking to the future: technological advancements

In another session that examined innovations and advancing technologies within the medical field, one presentation fittingly discussed the world’s first live-streamed virtual reality operation; it was first displayed on Google Glass, then on Snapchat. Physicians are hoping to use this technology as an educational tool for medical students and family members of patients.

3D printing for pelvic fracture repair and the use of intraperitoneal foam for hemorrhage were also among the topics that were featured. 3D printing has the advantage of being an instantaneously, made-to-order device while the intraperitoneal foam is a medical-grade filler that temporarily stops bleeding in the abdomen, an alternative for mesh netting or a stent.

Sign up for our quarterly email newsletter to receive physician stories, product news, training opportunities, and more in your inbox.

Drs. Asensio, Peitzman, and Matsumura are independent physicians with no financial ties to Cook Medical.

[1] Asensio J. Resuscitative endovascular balloon occlusion of the aorta (REBOA) – how, who, what and why? Presented at: European Society for Trauma and Emergency Surgery Congress 2017; 7-9 May, 2017; Bucharest, Romania.

[2] Peitzman A. Management of retroperitoneal bleeding. Presented at: European Society for Trauma and Emergency Surgery Congress 2017; 7-9 May, 2017; Bucharest, Romania.