Reflecting on our history

As we look back on our history with Dr. Pat Ciaglia, we talked to Staffan Grigholm, a retired employee who was one of our company’s original seven sales representatives. Staffan (in plaid pants) made the initial contact between Cook and Dr. Ciaglia.

When did your first meet Dr. Ciaglia?

I worked with some of the doctors at St. Elizabeth Medical Center in Utica, NY. Dr. Ciaglia spent a lot of time with a radiologist that I called on. Dr. Ciaglia was a thoracic surgeon and was interested in trying some of the catheters and instruments he used. When I walked into a meeting in radiology in the mid-1980s, I was surprised to see Dr. Ciaglia sitting there. I didn’t know what he had in mind, but he asked me a lot of questions about our products.

How did the relationship develop? 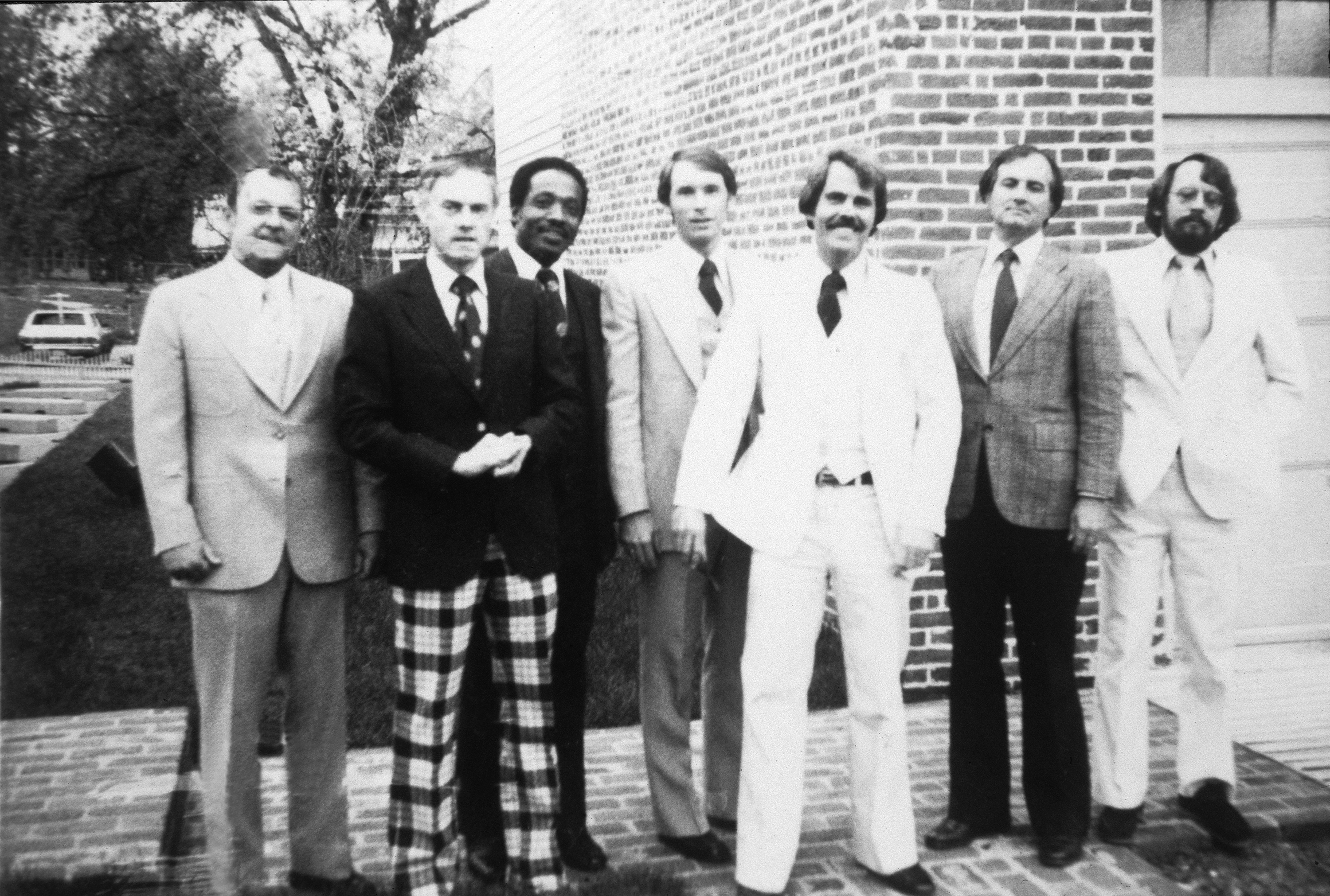 I met Dr. Ciaglia maybe five or six times. He was always interested in new ideas and on one of the later occasions I ran into him in a hallway in the hospital and I asked him if I could help with anything. He told me that he discussed his idea for a percutaneous tracheostomy product with another company, but they weren’t interested. I then approached Kem Hawkins (who was head of the Critical Care division at the time) about Dr. Ciaglia’s product idea and we started sending him prototypes. It progressed from there to a serial dilator set and eventually led to the Blue Rhino.

What should people know about Dr. Ciaglia that they probably don’t know?

Dr. Ciaglia was a devoted writer and that’s one of the reasons we got along so well. Writing was one of his great loves. He was passionate about political issues and his writing would always contain a deeper message. Dr. Ciaglia also had an outstanding sense of humor and wrote a funny article that was published in Playboy. He also wrote his own “obitulogy”, which was like a premature death notice; it was similar to something Mark Twain would have written.

What is your fondest memory of Dr. Ciaglia?

I remember when Dr. Ciaglia would pick up Kem and I from the airport in his old beat up sedan while his colleagues drove sports cars.

I was really sad to learn about his passing. I loved this guy. He loved his work and it was a calling for him. He was very concerned about doing what was best for the patient and was the man that really wanted to make these products work. I was so happy that were able to help him make percutaneous tracheostomy mainstream.