A sore throat, mashed potatoes, and a mud run: my experience with an enteral feeding tube. 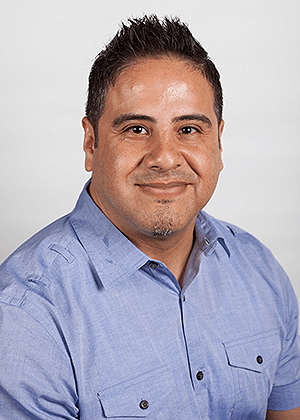 I have two speeds: go and go faster. When I was working as a sales representative for Cook Medical, I was traveling for work almost every week. Six days a week you could find me WODing in my box (or what non-CrossFitters would call going to the gym). Fast and furious is how I move through this thing called life.

Until the summer of 2013. Off and on for about a year previously, I was bothered by a sore throat. But, being me, I just blew through it expecting to eventually lose it. When I mentioned it casually to some of the GI physicians that I work with, they suggested I get scoped, even offering to do it themselves. But I knew that a GI scope would go further into my esophagus than where I was experiencing my pain, so I let it go.

That summer, I was on vacation in Mexico with my family. With some consistent urging from my wife, I decided to visit an ENT and get my chronic sore throat checked out. We made an appointment for September.

I’ll never forget it. My appointment was on a Friday. The physician did his exam, which included a scope of my throat and asking questions about my soreness. He finally told me that there was a mass in my throat, causing the soreness, and it needed to be removed Monday through a microlaryngoscopy. I said, “I’ll do the procedure, but can it wait a few more days?” I had an upcoming CrossFit competition that I didn’t want to miss. “It can’t,” he said.

The next few months were the most surreal and challenging of my life. I couldn’t figure out how this would fit into my fast and furious life. The Monday procedure confirmed that the mass in my throat was cancerous. A base-of-tongue squamous cell carcinoma, to be exact. My physician told me that I would be starting chemotherapy, radiation, and that they would have to put a PEG tube (percutaneous endoscopic gastrostomy tube – a feeding tube) in, as I would likely lose the ability to swallow. I’d have to be fed through the tube in my stomach.

Now, swallowing is not something we typically think of as an “ability.” It’s natural, we all do it from the time we’re born. And no eating? I’m Mexican – we eat, and we eat big! And right before the holidays, too. I told the doctor I didn’t think the PEG tube was necessary. There was no way I could forget how to swallow.

He insisted, and I’m glad he did. After the microlaryngoscopy, chemotherapy, and radiation, I indeed lost my ability to swallow. I was fed completely through my PEG tube for approximately 6 months. No chewing, no tasting, and certainly no swallowing. I lost 60 pounds. I even lost my ability to speak normally for about 30 days.

My PEG tube was cumbersome. It was painful, as the tract had never had time to fully heal around the tube due to my active lifestyle (I was still in the gym as often as I could be, until the chemo and radiation made it impossible). I taped it out of the way, but still felt uncomfortable out in public without a good way to conceal it. Eventually, I convinced my doctors to switch to a low profile PEG tube, which greatly increased my comfort level.

My condition caused me to slow down and take a breath. I was forced to relax and heal, simply because I was too weak to do anything else. I ended up watching more TV than I was used to, and the commercials for food drove me crazy. A McDonald’s McRib sandwich sounded heavenly. To this day, I’ve still not had one. The thought of pizza or a cheeseburger seemed so far out of reach.

Through 6 long months of recovery, including speech and swallow therapy, I slowly recovered the ability to swallow. I started slow with water and protein shakes, eventually moving on to soft foods like Jell-O, oatmeal, and mashed potatoes. Mashed potatoes were the first “real” food I could manage. I bought tubs of it from Kentucky Fried Chicken, Popeye’s, and anyone else that sold them in town. They were delicious, although I haven’t had them since I’ve moved on to bigger and better foods. 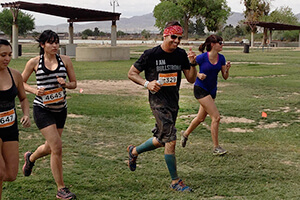 My first real workout was a bit unconventional. I signed up for a “mud run,” calling my doctor beforehand to check if it was safe for my feeding tube to be exposed to mud. He strongly indicated that it was not good to get the tube muddy, so I stocked up on waterproof bandages, covered the tube, and did it anyway. It was challenging, but one of the more rewarding experiences of my life.

Cancer is not something that anyone plans for. I certainly had a “that could never happen to me” attitude. But it can, and it did. I was blessed for a lot of reasons. One, my disease wasn’t any worse. Two, I had a loving family that supported me through everything. Three, my employer was generous and patient, giving me all the time I needed to recover before coming back to work. And last, but in no way least, my feeding tube that sustained my life when my body was unable to do it itself.

Today, I remain cancer free. I’m PEG tube free. I’m back in the gym and have recovered fully from this detour in my life. I have moved on and now have my own business in the food services world, imagine that! And I have a new appreciation for my fast and furious life and, of course, for food.

Mauricio Carillo worked for Cook Medical at the time of his experience with this disease, and now owns and manages his own business. We at Cook are ever grateful for his service and for sharing his experience.

Disclaimer:
This story reflects the experience of one individual. Every feeding tube patient is unique. We at Cook can’t guarantee that every patient will experience the same level of success. Information included in this article should not be used as the basis for any treatment recommendation.