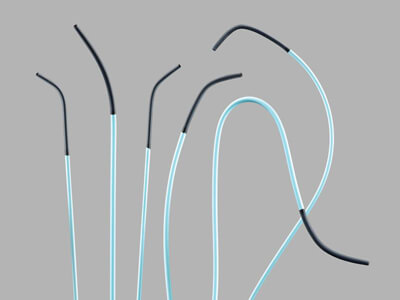 The best medical device technology is only as good as a customer’s ability to use it safely and effectively. Usability testing is the key to ensuring medical devices are appropriately designed to be easily operated by all product users, not just physicians but nurses and labs technicians as well.

In 2016, the FDA issued “Applying Human Factors and Usability Engineering to Medical Devices: Guidance for Industry and Food and Drug Administration Staff” to ensure medical devices are safe for their intended use.

In a sense, Cook Medical has been performing usability testing since Bill Cook first started selling endovascular devices at tradeshows in 1963. His early one-on-one interactions with Charles Dotter ultimately led to one of history’s greatest leaps in endovascular therapies – the world’s first percutaneous transluminal angioplasty and, with it, the beginning of interventional radiology.

However, over the decades, stunning advancements in medical device technology, multi-million dollar trials, and more challenging patient disease states have created an even greater need to document the customer’s ability to understand and operate a device.

Following the FDA’s guidance, Cook Inc. quickly assembled a team to implement a usability program based on the new guidelines. Chris, formerly in industrial design and product ergonomics, was tapped to initiate the usability program at Cook Inc., which is quickly expanding globally to other Cook sites.

The usability team’s first step was to understand requirements laid out in the new FDA guidance. To satisfy those requirements as well as provide insightful usability data and more intuitive designs, they developed and implemented quality system procedures. “It needed to fit with the current design and development process,” Chris said. “We wanted it to be complementary, not overly laborious, and provide obvious value in order to get maximum buy-in.”

As fate would have it, the team would immediately have a chance to sharpen their “usability teeth” on a high-profile case, the Beacon® Tip catheter packaging. In 2016, Cook initiated a global, voluntary recall when Beacon Tip catheters began exhibiting degradation that resulted in tip fracture and/or separation.

Due to storage issues in some hospitals and the use of vaporized hydrogen peroxide (VHP) to sterilize catheterization labs, new packaging was required to keep the Beacon Tip technology safe from hazardous environmental exposure. In order to prevent VHP and high heat and humidity from attacking the Beacon Tip material, a new foil packaging material was developed.

“The newly designed packaging is different from anything users have ever seen before with regard to catheters,” Chris explained. “This could initially be very confusing to customers, so the usability team performed testing to measure how users would interpret the instructions about opening the packaging and delivering the device without compromising the sterile field.”

Cook’s market research team was enlisted to help facilitate interviews and user testing with potential users, while usability experts, engineers, and product managers focused on the technical aspects of the device.

Nurses and registered techs were the primary customers identified for usability testing since they would be the primary user groups tasked with opening the new packaging and delivering the device into the sterile field.

“They have nuanced differences in terms of understanding and prioritizing packaging and labeling information than physicians,” Chris explained. “So, it was imperative that we optimized the design to ensure they could perform their regular job functions without significant modification of user behavior. And that starts with asking the right questions to get the best answers. Ultimately, good usability ensures that user interaction with the device intuitively aligns with how users perceive the device to be used.”

The usability studies indicated early designs were not adequate. The solution was to optimize the packaging design, language and icons on the labels, and incorporate coloring to attract the user’s attention. “It’s obviously important to make sure users understand the labels immediately, with no ambiguous language,” Chris said.

“Ultimately, our goal is to keep it simple. As a result of the market research and usability testing, changes were made to our labels and packaging, and correct usage was markedly improved.”

In November 2017, the FDA approved the Beacon Tip changes and announced new clearance of 5.0 Fr catheters.