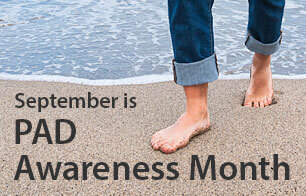 Having always been active and a sports enthusiast, Bill Doherty initially thought that the cramping in his left calf was due to muscle strain. He tried physiotherapy, but the frequency and regularity of the cramping became impossible to ignore. He also noticed that his left foot felt colder than his right foot. 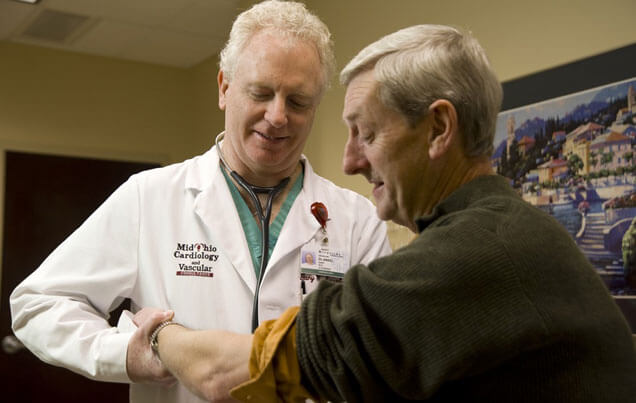 As the executive vice president of Cook in Europe, the Middle East, and Africa, Doherty had enough knowledge of peripheral arterial disease (PAD) to realize that he may have a problem. He visited his doctor and explained that he suspected he might have PAD.

“My doctor said that it was the first time one of his patients had self-diagnosed PAD,” Doherty said. “Most people are not familiar with PAD or its symptoms.”

He was referred to a vascular surgeon in his hometown of Limerick, Ireland, who confirmed the PAD diagnosis. Following an ankle-brachial index (ABI) test and angiogram, Doherty was told that he had an 80% occluded lesion in his superficial femoral artery that was more than 20 cm long. Because Bill was only 51 years old, the surgeon suggested that he undergo an angioplasty procedure.

Doherty discussed his diagnosis and treatment plan with several of his Cook colleagues, including Rob Lyles, then-vice president and global business unit leader for PI, and Neal Fearnot, then-president of MED Institute. Each suggested that he get a second opinion.

The night before his procedure, Doherty took a walk with Jack Versluis, Cook’s PI sales representative in Columbus. “Jack was my buddy for the procedure and looked after me,” said Doherty. He was able to walk only about 100 yards before the cramping set in.

On Oct. 17, 2007, Doherty was treated with four Zilver® bare-metal stents. Almost immediately, he recognized that his leg felt very different without the restricted blood flow. He was discharged the next day. On his way out, Doherty took the same walk alone that he had taken the evening before his procedure. “I was able to walk the 100 yards without a problem and proceeded to go another mile,” he said. “It was a transformative experience.”

Seven years after his procedure, Doherty said he is feeling great, and his yearly ABI tests look good. He encourages people to learn more about PAD so they can be aware of their symptoms as early as possible.

“Being active means that the symptoms manifest themselves earlier, and catching PAD early makes a world of difference,” he said.