On Dec. 6, Dr. Konstantinos Katsanos and his coauthors created tremendous controversy when they published a meta-analysis on paclitaxel-coated balloons and stents in the Journal of the American Heart Association.

Using data from 28 randomized controlled trials (RCT), the authors determined that patients suffering from peripheral arterial disease (PAD) in the superficial femoral artery (SFA) have a higher risk of mortality at two- and five-year endpoints if treated with paclitaxel-coated devices compared to treatment with uncoated devices.

The results of the meta-analysis are critically important to physicians because drug-eluting stents and balloons are considered by many to be the gold standard for endovascular treatment1,2,3 of PAD in the SFA.

Physicians from around the world who have participated in many of these RCTs recently spoke about the authors’ conclusions at LINC in Leipzig, Germany, and most recently at ISET in Hollywood, Fla. The majority of presenters agreed that the meta-analysis was important in its focus on patient safety but that more information was needed to prove causality. 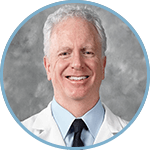 Dr. Gary Ansel, an interventional cardiologist and System Medical Chief for Vascular Services at OhioHealth, participated in the opening townhall session at ISET discussing what practitioners should do in light of the information released in the meta-analysis. The panelists were also asked if there is enough concern to alter current standards of practice.

A live poll during the session showed 93% of the audience were surprised by the article. “This meta-analysis came out of nowhere,” said Dr. Ansel, a global co-investigator in the Zilver® PTX® RCT. “It’s unfortunate that, because of the way it was released, the article created a frenzy. A meta-analysis is designed for hypothesis generation and, unless there is patient-level data, it is not designed to prove causality.”

According to Dr. Ansel, there are a number of factors that confounds the findings of the meta-analysis. “For example, physicians in RCTs are not blinded, so they might have used higher doses of statins or platelets in the control arm,” he said. “This was not part of our trial design. Biases could have occurred.”

In addition, the meta-analysis did not look at patient-level data. “Based on the information reported, the connection between mortality rates and use of paclitaxel devices is not conclusive,” Dr. Ansel said. “With regard to Zilver PTX, results from previous patient-level analyses demonstrate no causality between exposure to paclitaxel and mortality through five years.”

He noted that the authors claimed that Zilver PTX has one of the highest dose densities of all paclitaxel-coated devices on the market. “This is misleading because it’s a stent. Only 10 to 20 percent of the surface is coated compared to paclitaxel-coated balloons,” he said. “Physicians need to be much more accurate and balanced when they look at things scientifically. If you look at Zilver PTX, you should know it’s actually the lowest-level drug dose device included in this meta-analysis. We then must also look at other potential variables than paclitaxel.” Besides dosage, variables might include cause of death, prescription of other medications, and co-morbidities.

While the article has received pushback, Dr. Ansel stressed that physicians should not make light of the meta-analysis results just because they don’t agree with its design. “This was a peer-reviewed article published in a reputable journal,” he said. “It’s an analytically reasonable article. We might not agree on all the variables, but it is still accepted methodology.”

To help provide objective analysis on the issue, the VIVA Vascular Leaders Forum (VLF) will gather in Washington, DC, from March 1-2 alongside an international community of physicians including oncologists, regulatory scientists, an independent statistician, as well as patients to discuss industry data analyses.

The VLF will bring together people unrelated to industry to help frame the discussions. “VIVA is only helping to facilitate the meeting and will let the experts without device industry disclosures lead the discussion,” said Dr. Ansel, a member of the VIVA board of directors. “We are trying to make sure that we are doing this in a very responsible fashion. We want everyone’s input on this.”

Dr. Ansel said he looks forward to the VLF analysis. “This will be a great opportunity to examine further analysis and guidance going forward,” he said. “We all take patient safety very seriously. But we shouldn’t get rid of therapeutic devices that have shown excellent long-term results until we have more data.”

Dr. Ansel is a paid consultant for Cook Medical.