Cook Medical mourns the death of a dear friend and colleague, Fred Roemer. Fred’s dedication and contributions to the development of endourology are acknowledged by many to have been instrumental to the field.

Fred joined Cook’s urological division (at the time known as Vance Products Incorporated) in 1980 as product development and marketing manager. He was named vice president of product development for Cook Urological in 1987. He then served as vice president of ostomy in 1997 and finally was vice president and physician liaison in 2001 until his retirement. His passion to help physicians develop products that would improve patient care was contagious over his 29 years with Cook. To put it simply, Fred’s impact on urology and minimally invasive surgery is unparalleled.

While we could try to put our feelings into words, we don’t think we could do it better than Drs. Ralph Clayman and Arthur Smith in their editorial in the Journal of Endourology when Fred retired in 2009. 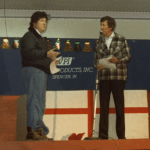 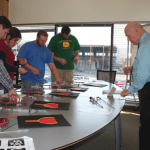 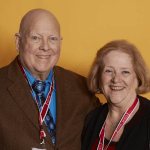 From the Journal of Endourology

One score and seven years ago, a new form of urologic surgery was brought forth; conceived in kindness and dedicated to the elimination of the woes of open surgical procedures, endourology rapidly evolved. Within twenty years, overcome by the fruits of a technological revolution, open renal surgery was eclipsed by percutaneous, ureteroscopic, laparoscopic, image guided, and robotic procedures. While many urologists deserve immense credit for this miraculous transformation, none of it would have been possible without a small group of dedicated engineers/industrialists who shared the vision of minimally invasive and noninvasive surgery and were willing to commit a large amount of effort, time, and money to what many leaders deemed ‘‘a flash in the pan’’ at that time.

For the two of us, deeply steeped in this nascent specialty, no individual provided more enthusiastic or intellectual support than Mr. Fred Roemer. No idea was too ‘‘crazy,’’ no project too far out on the ‘‘lunatic fringe’’ to be considered carefully. An idea once given to Fred moved rapidly – a decision to proceed or reject was made by his engineering group typically within 2 weeks. Often a ‘‘one-off’’ prototype would appear within a few weeks to be evaluated; at times, Fred and a group of engineers would come and be present during the laboratory work.

From this incubator came a whole host of products including balloon dilators, percutaneous sheaths, specialized guide wires, entrapment sacks, and even a tissue morcellator. We have no doubt that if Fred had not been on the scene, many of our most commonly practiced less invasive procedures would have been delayed for years, much to the ongoing discomfort of thousands of patients worldwide.

At every turn in the road, from the very first endourology courses in Minnesota through the evolution of laparoscopic renal surgery, Fred was there to encourage, support, and help create. He did all of this with a demeanor of committed interest, kindness, and absolute integrity; regardless of the situation, he was ever the gentleman both in manner and speech.

On August 21, 2009, after 29 years with Cook Urology, Fred returned to a quieter, less hectic life, one that we trust will be filled with travel and much happiness for both Joan and him.

Well done Fred . . . we know we could never have done it without you.