Early endourology training courses in 1982—and the proctoring physicians who pioneered those foundational workshops—were pivotal in shaping the specialty. The impact of those seminal moments can still be felt today as endourology continues to evolve and advance.

It was only four years earlier that Dr. Arthur Smith, a pediatric urologist from South Africa, then working at the University of Minnesota, had published a study in the Journal of Urology that detailed the first antegrade stent placement.1 The following year, Dr. Smith, Dr. Paul Lange, and Dr. Elwin Fraley wrote a letter to the editor in the journal that introduced the term “endo-urology” and urged urologists to “involve themselves in the present clinical applications and in the further development of this promising technique.”2

The course, titled “Endourology – Percutaneous Access to the Urinary Tract,” included didactic lectures given by radiologists and urologists, and labs of actual practice on pig cadavers. It was attended by urologists and radiologists who learned the steps of percutaneous stone removal side by side as they rotated from station to station in procedural order. The lectures and labs were taught by radiologists Dr. Kurt Amplatz and Dr. Wilfrido Castaneda-Zuniga and urologists Dr. Smith, Dr. Clayman, and Dr. Keith Kaye. Cook Medical’s Urology division (then known as Vance Products, Inc.) and other device manufacturers supported the courses with products for the labs.

Shortly after the first courses, Dr. Smith took the position of chairman of urology at Long Island Jewish Hillside Medical Center in Long Island, New York, where he started offering several endourology courses in addition to the ongoing courses in Minnesota. All told, 11 courses were held in a 12-month period, with more than 1,000 urologists and radiologists participating. The courses were a huge success, with some doctors even returning to take the course two or three times.

“[Endourology] took off like a rocket ship,” said Dr. Clayman. “All of a sudden now these stones that mandated an open operation were being removed through a small hole.”

Endourology is now the recommended treatment for urinary stones in most areas of the world. Though some early skeptics worried that “endo-urology” would become the “end of urology,” the exact opposite has happened, as the basic techniques have been refined and improved to extend high-quality care to patients around the world.

Cook Medical was proud to partner with the early innovators of endourology to be a part of those early courses. We carry on that same tradition of physician collaboration in our product development, industry solutions, and Vista® Education and Training programs. 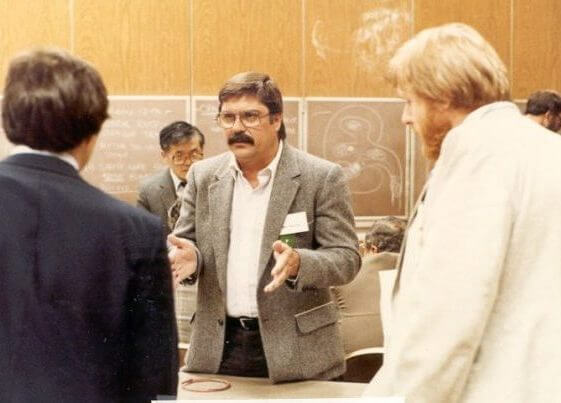 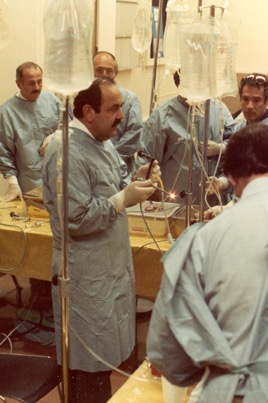 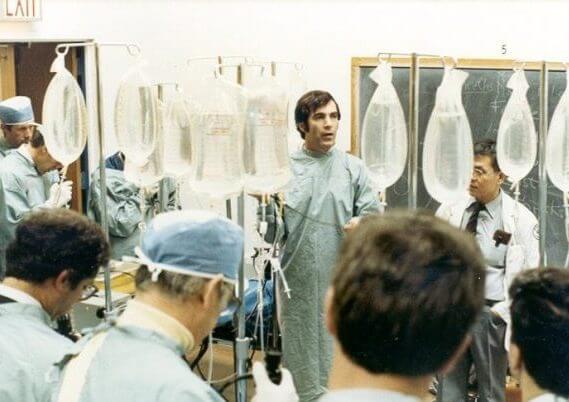 X-rays and other items are used by Dr. Keith Kaye to facilitate a discussion with a group of physicians. 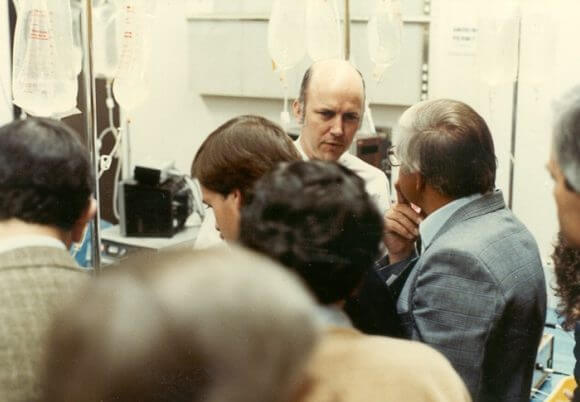 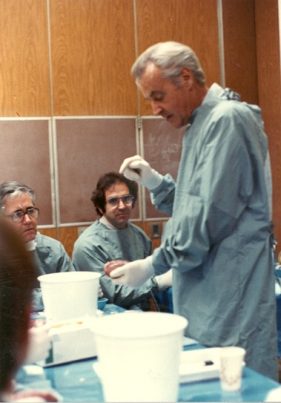 Dr. Kurt Amplatz has a captive audience while leading a workshop. 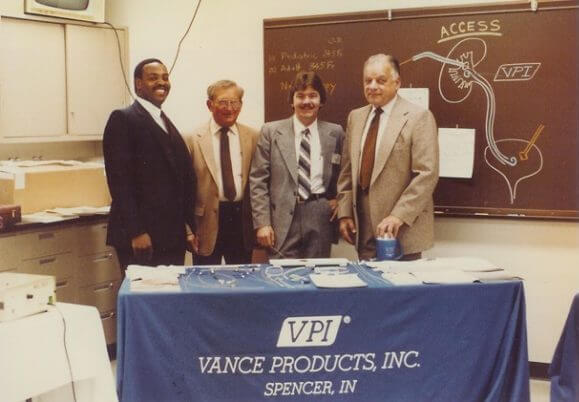 Cook Medical’s Urology division (operating at the time as Vance Products, Inc.) is proud to have been a sponsor of the first Minnesota courses.