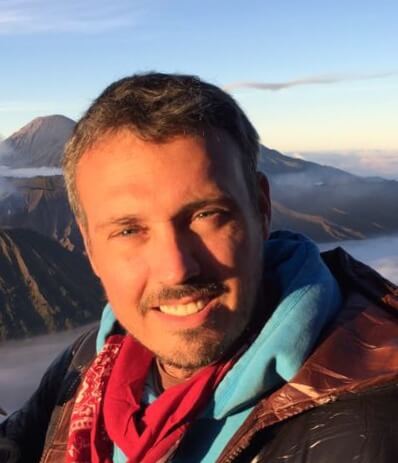 We sat down with Dr. David Beckett, an interventional radiologist at The Whiteley Clinic in London, England, to talk about pelvic congestion syndrome. Dr. Beckett explained the reasons why this painful disease is underdiagnosed and the importance of collaboration among physicians and device companies to get these patients back to living.

At some point in their lives, approximately 39% of women suffer from chronic pelvic pain. A common but little known cause is pelvic congestion syndrome (PCS). PCS may affect 10% of women of childbearing age.

In general, PCS is marked by varicose veins in the lower abdomen and pelvis. Because there’s little published data on PCS and no generally accepted or well-defined clinical criteria for its diagnosis, the condition has often been misunderstood and used as a diagnosis of exclusion.

“Perhaps, unlike cancer where a scan and biopsy can give a definitive diagnosis, PCS relies on a subjective set of symptoms acquired during a thorough history from the patient married with the results from a highly skilled transvaginal and transabdominal scan from trained professionals,” said Dr. David Beckett of The Whiteley Clinic in London. “The skills involved in this type of scan cannot be underestimated, and I’m lucky to work with some of the most highly skilled sonographers at the clinic.”

While the symptoms of PCS are often varied and sometimes vague, patients typically present with a dull aching pain similar to what is felt with varicose veins in the extremities. Complaints may include a dragging sensation in the pelvis, a feeling of fullness in the legs, worsening stress incontinence, or symptoms associated with a urinary tract infection or irritable bowel syndrome. Pain may worsen prior to menses, with fatigue, extended sitting and standing, and following sexual intercourse.

Akin to varicose veins within the legs, there is a strong familial correlation. “Multiple pregnancies and estrogen overstimulation are associated with a higher frequency of cases,” Dr. Beckett explained.

In addition to weight gain and anatomic changes associated with pregnancy, ovarian vein flow can increase by 60 percent. Multiple pregnancies have a cumulative stress effect on the ovarian vein. The engorgement stretches the intima of the ovarian vein which could lead to venous valve incompetence. Blood pooling in the pelvic and ovarian veins may cause further engorgement, thrombosis, and an effect on nearby nerves, collectively contributing to pelvic pain.

Another potential cause of PCS is left renal vein entrapment associated with Nutcracker Phenomenon. The renal vein could be compressed between two abdominal arteries (anterior) or between the artery and the spine (posterior). According to Dr. Beckett, this represents a small proportion of cases, but an important group of patients.

A long road to diagnosis

Obtaining a diagnosis for PCS can prove to be a long and frustrating battle. Because patients suffer from such a wide variety of symptoms, they often end up visiting many physicians and specialists over the course of years, who either might not be aware of the disease or are unwilling to acknowledge its existence. A referral to an interventional radiologist is often made after all other potential causes are ruled out.

Patients presenting with pelvic pain may have underlying conditions such as endometriosis, fibroid disease, pelvic inflammatory disease, PCS, or any combination of these. “It is therefore important that gastro-intestinal, gynecological, vascular, pain specialists, and IRs collaborate in the management of PCS. Early and appropriate diagnosis will ease the burden on the health economy,” Dr. Beckett said.

When a patient presents with pelvic pain, most physicians rely on pelvic ultrasound and/or CT scan. While these modalities are effective for ruling out other pathologies, they have a relatively lower sensitivity for diagnosing PCS.

According to Dr. Beckett, a combination of transabdominal and transvaginal ultrasounds is needed to assess direction of blood flow and functionality of the vein. “MRIs only give an anatomical answer to whether the vein is large or small,” he said. “In fact, the ovarian vein diameter might be irrelevant. Quite frequently, small veins can have significant congestion and reflux. The transabdominal ultrasound checks for vein reflux and helps rule out compressions such as Nutcracker Syndrome.”

Transvaginal ultrasound further clarifies the nature and site of the reflux in the pelvis. “Studies have shown that the left ovarian vein alone is infrequently involved and the most common pattern includes the left ovarian vein and the internal iliac veins,” he added. “Currently there are few doctors experienced in treating internal iliac vein reflux.”

The current standard of PCS treatment for IRs is embolotherapy. “People across the world are doing different things,” Dr. Beckett explained. “The majority are using coils and some sclerosant foam while others use a Gelfoam with sclerotherapy combination.”

The technique of transcatheter embolotherapy for ovarian varices is straightforward. “Embolization of internal iliac veins is a more challenging treatment and reserved to those with experience in this field,” he said. “It is not uncommon to find cases taking several hours while, with increasing experience, these can be frequently completed within 30 minutes to one hour.”

According to Dr. Beckett, the learning curve may involve up to 50-100 cases. Veins identified on transvaginal scanning are then embolized leaving those that showed no evidence of reflux.

“Working toward a more effective collaboration between physicians and specialists as well as the medical device industry is key to getting PCS patients back to living pain free.”

The program focused on the diagnosis and treatment of pelvic congestion syndrome and the treatment of leg ulcers. Dr. Beckett performed a live-streamed PCS procedure from the clinic.

According to Dr. Beckett, the clinic’s goal is to bring greater awareness of PCS and encourage collaboration among primary care physicians and specialists to help ensure a speedier diagnosis. This will not only alleviate the patient’s pain and suffering, but will reduce the financial impact to the patient and the healthcare system.

“I have frequently seen patients who have waited more than 10 years for a diagnosis and treatment,” he said. “In this 10-year period, they have seen multiple specialists and underwent many diagnostic tests and invasive procedures with a huge burden on the health economy. The psychological impact of such delays weighs heavy on this group of patients. Equally, I have seen other causes for pelvic pain missed and so I look to the future of a collaborative approach for all patients in which PCS is not overlooked nor is it a diagnosis of exclusion.”

Read what societies have to say about PCS.