Transforming ideas into devices: The ingenuity of Cook and medical practitioner innovations 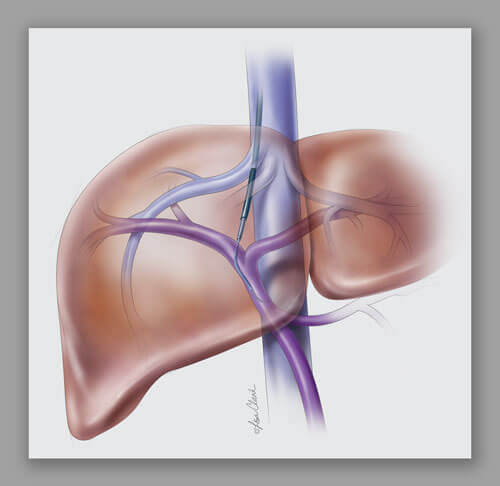 By using what is at hand, adapting existing tools to new uses, and conceiving of entirely new solutions, innovative Cook product-development staff and brilliant physicians and technicians have collaborated to develop, evaluate, and perfect interventional devices for over 50 years.

This solution-seeking synergy is seen in the evolution of Cook’s liver access and biopsy sets, referred to as the RING, the RUPS, and the LABS sets. These sets are still being used in interventional procedures 20 years after they first came to market. To find out more about the role they played in the advancement of the field of interventional radiology, we talked with some of the key innovators, both inside and outside of Cook, who collaborated to develop these sets: Dr. Ernest Ring, now retired from UCSF; Barry Uchida, X-ray technician and researcher at OHSU’s Dotter Institute; Joe Roberts, Cook VP of corporate development; and Ray Leonard, Cook global corporate development manager.

Dr. Ring worked with Cook managers and engineers, particularly Joe Roberts, to find new ways to use an image-guided needle for liver biopsy and to use drainage catheters for percutaneous drainage of the biliary tree. Dr. Ring and other clinicians made use of the components from the Colapinto Transjugular Cholangiography and Biopsy Set** for accessing the liver. We asked Dr. Ring how he conceived of the idea for the RING set.

“I had been doing the same kind of procedure, using a long needle and going in from the side using a transhepatic approach. It occurred to me that I could make the procedure more efficient by going in from the top using a transjugular approach. I used what I had on the shelf, which was a Colapinto needle, invented by the late Dr. Ronald F. Colapinto of Toronto, and an Amplatz wire. The Colapinto was the right length, and the curve at its tip allowed it to be turned anteriorly. In the early days, if I needed anything, I’d just call Cook and they would build it for me.”

“Clinically, the big advantage of the RING is that it gives you the authority to redirect the needle,” continues Ring. “Once you get in, then it becomes a stiffening rod over which the sheath can advance. Some diseased livers are very hard but the RING set makes advancing a balloon* possible.”

“Scaling up from a 5 Fr system to a 9 or 10 Fr sheath was an easy adjustment that enabled a balloon* or stent* to pass through. Also, the Colapinto needle worked well because it is a hollow biopsy needle. The hollow needle created a passage through the liver and allowed you to check blood flow.”

Barry Uchida, a former X-ray technician who later became a researcher at the Dotter Institute, was deeply involved in the development of the Rösch-Uchida Transjugular Liver Access Set. “We started developing the RUPS in 1988, when pioneers Charles Dotter and Josef Rösch were using the Colapinto needle to access the bile ducts for cholangiography. Dr. Rösch deserves credit for giving me the opportunity to develop ideas and for guiding me during the process. He was not only my boss, he was my partner and a true pioneer.” (Read our tribute to the late Dr. Rösch.)

Explains Uchida, “The RUPS overcame a clinical challenge for us because the set’s 14 gage cannula is more flexible compared to the Ring set. The RUPS also provides access without the frequent exchanges of multiple wire guides and catheters.”

Dr. Fred Keller, who was chief of the Dotter Institute then, began using the RUPS around 1993. Uchida says that Dr. Keller liked the RUPS because the puncture needle was smaller than the RING set needle. He also liked the fact that, as with the RING set, the catheters and dilators are all together in one set, and it is easier to place commonly used stents* through the 10 Fr Flexor® sheath.

Since Cook already had an inventory of soft tissue biopsy needles, and now had devices to access the liver, it only required one more step to provide a solution for gathering liver biopsies. Ray Leonard recalls, “I had the idea to pull the RUPS-100 set from stock and run the 18 gage Quick-Core® needles inside of them. Inside of the cannula the needle bound and grated during advancement, but the spring still fired. After further refining the idea, I sent the idea off to Hans Timmerman at the Dotter Institute to see if the concept worked. It did.”

Ray and his colleagues then worked with staff at the Dotter Institute and other institutions to evaluate the prototype LABS product. “Dr. Ernie Ring was one of the approximately seven clinicians who received clinical prototypes from Cook. Each evaluator gave us valuable input, including feedback from their pathologists. I remember sending each evaluator a thank you letter, attached to a data sheet showing the finished LABS product, to recognize them for their input,” adds Ray. A short time later, the LABS was launched as a transjugular liver biopsy solution.

RING versus RUPS: which would you prefer?

While the RUPS and RING accomplish the same goal of access to the liver, physicians today choose the set that best fits their technique. For physicians wanting to learn how to use these Cook devices, training courses involving didactic presentations, table top models, and hands-on animal labs are offered through Cook’s Vista® Education and Training Program at vista.cookmedical.com.

To learn more about each set, click on the links below to view our RING, RUPS, and LABS instructions for use, animations, and illustrated guides:

* Balloons and stents are not included in the RUPS or RING liver access sets.
** Now discontinued.