Coverage: This neighborhood badly needs a grocery store. A medical device maker will build one.

Farah Yousry, a health equity reporter with NPR’s WFYI, Side Effects News and the Indianapolis Recorder, recently shared a story on NPR’s All Things Considered about Cook Medical titled This Neighborhood Badly Needs A Grocery Store. A Medical Device Maker Will Build One. 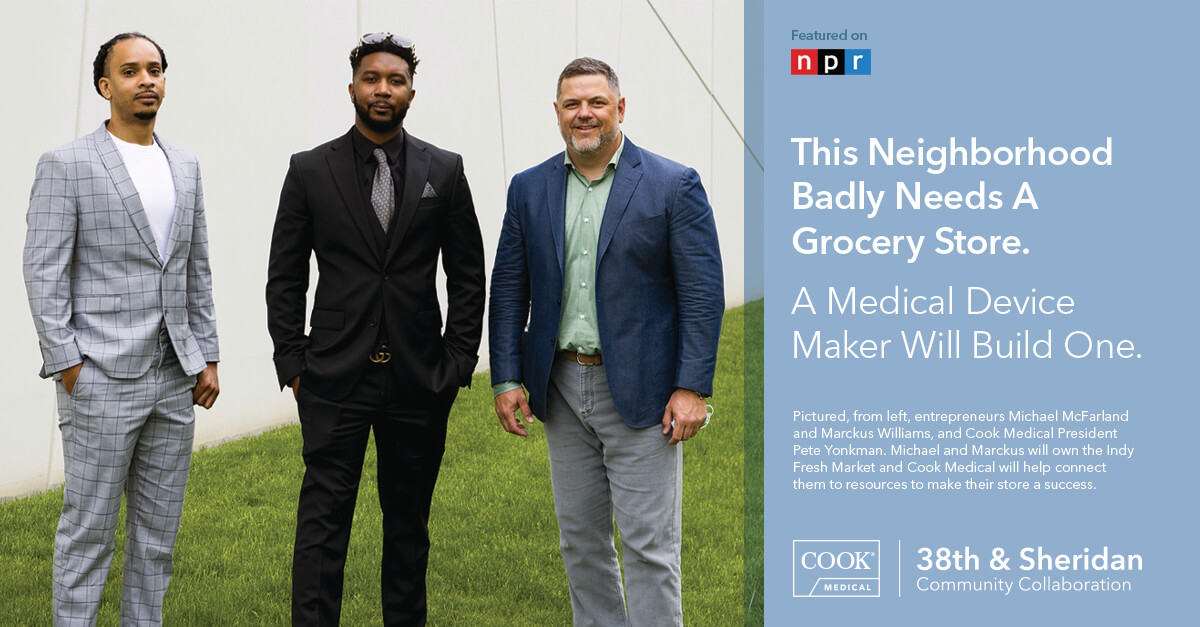 It was never in our business plan to build a grocery store, but when we learned about a need in Northeast Indy and met two entrepreneurs, we knew we could help. “One of the things that we heard from so many people was that food access was a problem,” our president, Pete Yonkman said. “They had five grocery stores leave in the last five years and so you have 100,000 people with no access to food.” In early May, Cook Medical announced the Indy Fresh Market, a full-service grocery store in what is currently a food desert at 38th Street and Sheridan Avenue. For more information, see the press release on this announcement: Bringing opportunity, and fresh food, back to Northeast Indy.

Recently, the Indy Fresh Market story aired on NPR’s All Things Considered, and WFYI’s Side Effects. Read and listen to both stories here:
NPR – This Neighborhood Badly Needs A Grocery Store. A Medical Device Maker Will Build One
Side Effects on WFYI – Indianapolis Entrepreneurs Prepare To Operate New Grocery Store Funded By Medical Device Company