Our Stories: Continuing Her Legacy

Raised to help others, Cook employee honors his mother in the most charitable way

Jeff P. started at Cook Medical in 2014 as an Endoscopy district manager for the San Diego territory. After six years, he was promoted to Market Development manager and continued working in that territory, as well as other areas in the southwest. But outside of work, he has been actively fundraising for the Leukemia and Lymphoma Society (LLS) through a variety of events.

When his mother, Diane, was diagnosed with acute myeloid leukemia (AML), Jeff and his wife, Chantel, reached out to a friend who worked for LLS in search of resources and advice for handling a cancer diagnosis. “LLS was always a resource we had throughout the little over a year of my mom’s treatment,” Jeff said.

When it came to acts of kindness, Diane was an expert. Throughout Jeff’s childhood, the family would deliver warm meals to elderly citizens in the community who were unable to make their own, adopt underprivileged families over Christmas and provide them with gifts and a tree, and have local Marines from Camp Pendleton over for Thanksgiving dinner. She taught her children the importance of serving others, and she always led by example. 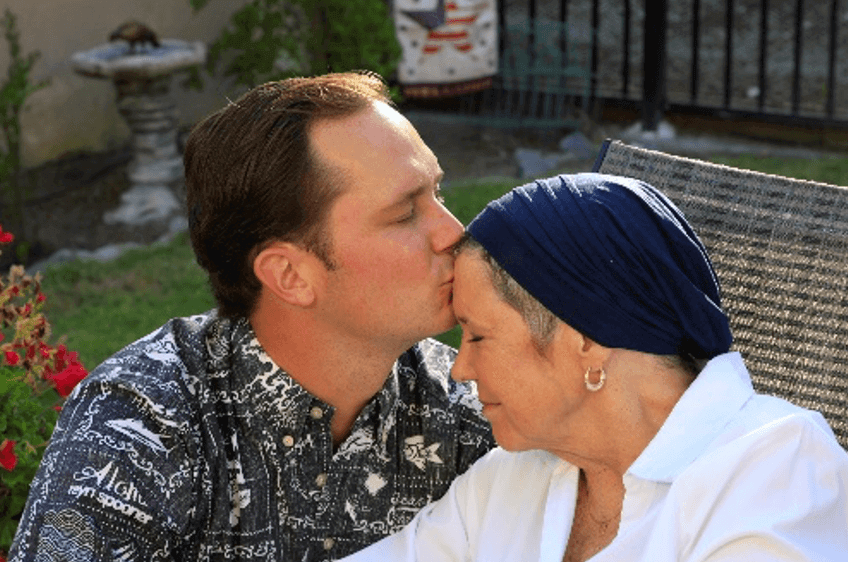 Jeff and his mother, Diane, who was diagnosed with acute myeloid leukemia (AML)

After Diane lost her battle to AML in 2020, Jeff wanted to continue her philanthropic legacy.

“After she passed, a few months went by, and my brother and I were talking about maybe there’s something we can do to bring awareness to this cause and honor our mother because she was by far the most charitable person we knew,” Jeff said.

With a desire to commemorate his mother, Jeff initially wanted to host a golf tournament. Instead, since accepting a nomination and winning the official title of 2021 Man of the Year for the San Diego LLS chapter, he started raising money for the cause in honor of his mother.

“Anything I can do to positively impact patient care for blood cancer patients or be an advocate for patients—or even help with research—that all means a lot to me and to hundreds of thousands of families across the world.”

“Everyone wants to help”

As Man of the Year, Jeff’s primary role was fundraising. Jeff had his first event just eight hours after signing up. He hosted a trivia event where people could actively donate to LLS. Just 12 minutes after Jeff introduced himself and explained what he was fundraising for, they had already raised $1,000. The company also did a $1,000 match. Jeff was off to a good start for his first day of campaigning.

On April 19, in honor of his mother’s birthday, Jeff had a fundraiser in the backyard of his parents’ house. People from the community came together to donate food, drinks, desserts, and auction items. Between donations and auction bidding, Jeff was $5,500 closer to his goal.

He then teamed up with Mountain Mike’s Pizza, a popular west coast restaurant. The restaurant donated 30% of sales that night back to the campaign. Many of the people who showed up for the event were from the elementary school and school district in which Diane had worked. Other fundraisers included hosting a Don’t Tell Comedy show in San Diego that had both a live and virtual audience, which sold more than $2,000 worth of tickets. He also partnered with surrounding restaurants in Pacific Beach, San Diego, which donated a portion of their sales back to LLS. For his final fundraising efforts, he hosted a virtual auction and practiced more grassroots fundraising to help him surpass his goal of $100,000.

“The response has been incredible. Everyone wants to help,” Jeff said. “I don’t know if it’s just with the crazy world we’ve been in the last couple of years, but I have a feeling that people want to do and see something positive.”

The overall goal: a positive impact

After 10 weeks of hard work, Jeff raised $131,803. He gives all the credit for his fundraising success to his mother. 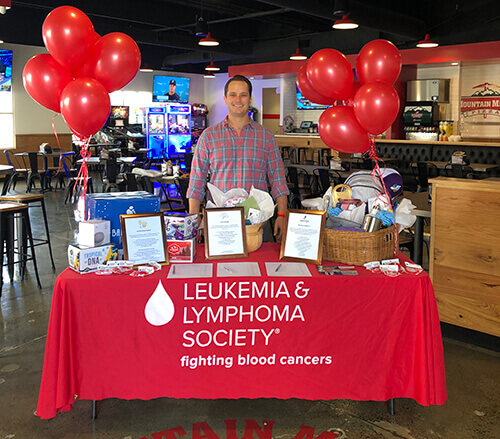 Jeff raised more than $131,000 for the Leukemia and Lymphoma Society (LLS)

“I’m just sending out letters and emails or text messages, making phone calls, and setting up events,” he said. “People are supporting, and donating, and coming to these events because of her. It’s been very fulfilling to see the impact she’s made and see everyone go to support her.”

With the end in sight, Jeff’s main goal is to make an overall positive impact and help blood cancer patients. By supporting LLS, he’s funding medications and treatments that can not only lead to a cure but can prolong life until then.

“It may not be a lot in the grand scheme of things,” he said. “But if my mom was around for another 12 months, she would have seen me get married. She would’ve seen my sister get married, and also find out that my sister is pregnant. There’s just a lot of things that can happen if life is extended in some sort of way.”

Jeff also extended his gratitude to his Cook colleagues who’ve supported him in this journey. At first, he was hesitant to reach out to his Cook family because he didn’t want them to feel pressured or obligated in the work atmosphere. However, once Cook employees saw his campaign circulate through social media, they began to reach out and donate. This was when Jeff realized that they were not only happy to support him, but to support a cause that is important to them, too. He saw an outreach of Cook employees who have been affected by blood cancer, and this gave them the opportunity to give back and support an organization whose mission is to cure it.

From Jeff to his Cook family: “Thank you, from the bottom of my heart.”