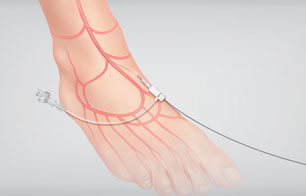 Tibiopedal Access for Crossing of Infrainguinal Occlusions (TACO) is the world’s first multicenter, prospective, international study looking at success rates for access and crossing from a tibiopedal approach. The objective of this non-randomized, post-market, observational study was to compile clinical data on percutaneous techniques used to obtain tibiopedal access and to cross infrainguinal arterial occlusions.

Criteria for being included was any patient who had a totally occluded infrainguinal artery due to peripheral arterial atherosclerotic disease for which a previous attempt to cross the occlusion using an antegrade approach was unsuccessful. For institutions where tibiopedal access is performed as a primary standard-of-care procedure, a prior unsuccessful antegrade approach attempt is not required. 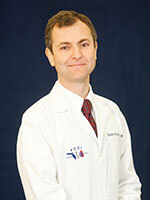 Dr. Yazen Khatib reported results from the study at the 2nd Annual National Scientific Meeting of the Outpatient Endovascular and Interventional Society (OEIS) on April 11 in Chicago.

The study has been submitted for publication to the Journal of Endovascular Therapies.

Dr. Khatib is a paid consultant of Cook Medical.