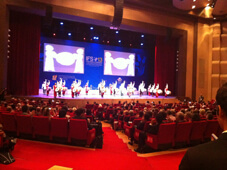 The XVIII World Congress of the International Federation for the Surgery of Obesity and Metabolic Disorders, or IFSO, took place in Istanbul on 28-31 August 2013. With almost 2,500 delegates, the meeting drew bigger crowds than anticipated, reflecting the growing interest in bariatric surgery and the increasing problems with obesity around the world. As might be expected, Europe and the Middle East were well represented, but there were also strong contingents from Latin America and Asia Pacific. 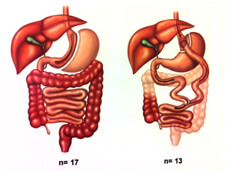 Sleeve gastrectomy is gaining popularity; an entire session was dedicated to it. The lectures and posters also discussed gastric bypass and Lap-Band® surgery, but there seems to be a trend toward sleeves. Not all of the surgeons buttress their staple lines yet, but there is a growing awareness of leaks and bleeding from staple lines that aren’t buttressed. Gore’s Seamguard® is the popular choice for staple-line reinforcement, but there are certainly opportunities for the Biodesign® Staple Line Reinforcement device, which is available for Covidien and Ethicon staplers.

Although the Nathanson Liver Retractors are by no means new, they remain very popular. Along with the Murdoch Mechanical Arm, they attracted so many inquiries that we ran out of datasheets!

The Cook stand was staffed by European Sales and Marketing Manager Keith Rowland and by Rodolphe Boyer from France. We were delighted to have the assistance of Hussein Al Habashi from NAFA Medical, Cook Surgery’s distribution partner in Saudi Arabia.

Next year’s IFSO World Conference will be in Montreal, but the European Chapter will meet in Brussels in April.